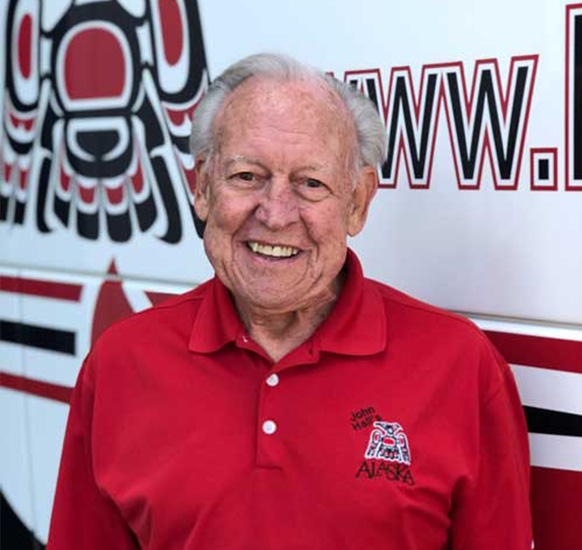 Presented by the Alaska Tourism Industry Association, this ward honors John Hall Sr’s lifelong support and leadership in Alaska Tourism, his promotion of the industry standards of excellence, and his contributions to the Alaska travel industry’s growth as a whole. 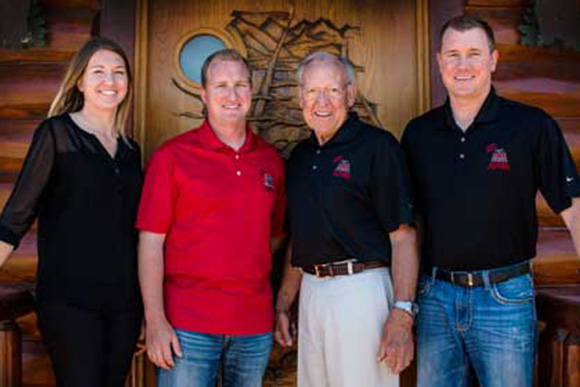 A Family Business with a Passion for Alaska

When you choose to join a John Hall’s Alaska tour, you become a part of our extended family and you will be treated as such. Our team members are there for you, providing reassurance and guidance as you plan, pack and arrive to enjoy your vacation.

We can’t wait to meet you in person!

How It All Began…

John Hall’s Alaska hand selects (and taste tests) culinary adventures that combine home cooked meals with finer fare. When location allows, we offer flexible style dining John Hall Sr’s passion for Alaska began during trips up the Alaska Highway with his father who delivered eggs for Piggly Wiggly grocery stores. They would travel from Minnesota, up the Alaska Highway into Alaska, and the trips resulted in several flat tires, but no broken eggs – or so the story goes.

With a fleet of 18 coaches, Anderson House Tours can be found in all 50 states and most Canadian Provinces, but our Alaska itineraries remain our favorites. It is during this time that John Hall Sr. cultivates relationships with Alaskans and together they develop ways to make portions of Alaska available to visitors that were never options before.

After shifting gears and departing from the hotel industry, we are able to officially focus on Alaska as our primary destination with the mission of offering the most extensive, immersive and inclusive tours on the market. John Hall Sr and his three children, John Jr, Joseph and Elizabeth, are all still active in the operation of the company, overseeing the guest experience from start to finish.